< Back To All Articles
Share
Tweet
Linkedin
63 Views
( 10 votes, average: 3.8 out of 5)
What do you think about this article? Rate it using the stars above and let us know what you think in the comments below.
06/21/06

Pittsburgh-based Reed Smith and London-based Richards Butler have approved a merger between the two firms after months of debate. The move will create one of the 20 largest firms in the world with more than 1,300 lawyers and a presence across three continents. Consolidation of operations will take place in the coming six months with the firms officially merging on January 1, 2007. 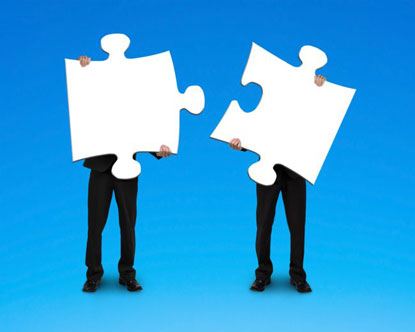 The combined firm will maintain the name of Reed Smith, though in the UK and some European countries, the name of Reed Smith Richards Butler will be applied. As a result of the merger, the numbers of attorneys in the Paris office will more than double, and the firm will open offices in the Middle East and Greece as well. Annual revenue of the new entity is projected to reach $725 million.

Gregory Jordan from Reed Smith will continue to serve as managing partner, while Roger Parker, the current managing partner at Richards Butler, will become the managing partner for Europe. Michael Pollack, director of strategic planning based out of the firm's Philadelphia office, will shift to London, which will hold the distinction of being the combined firms' largest office.

As reported by Judged Law Firm News previously, the merger does not apply to Richards Butler Hong Kong, a 110-lawyer affiliate of Richards Butler UK. Attempts to motivate it to join, however, continue.

launches Romanian office
The Romanian legal market is undergoing an accelerated rate of development due to frequent mergers, acquisitions, and privatizations, as well as EU compliance issues. This is attracting global firms, such as Norton Rose, Freshfields, and Allen & Overy.

Clifford Chance is equipping itself to focus on the legal market in Eastern Europe by setting up an office in the Romanian capital of Bucharest. It has collaborated with the Romanian law firm of Badea & Asociatii and opened an office of three attorneys.

Spotlight on labor & employment law
The development of labor law has witnessed a major shift in the past few decades. Above all, the shift in focus has been from negotiating collective bargaining agreements in unionized environments to legal counsel aiming to avoid costly discrimination lawsuits in the workplace. Practices specializing in employment have seen exponential growth in the last several years.

Originating in the Industrial Revolution, labor law represents more than just the needs of workers and the management today. As a result, there are now union lawyers, management lawyers, government lawyers, arbitrators, and agents. Previously considered a subset of labor law, today employment law is now considered a separate field.

It is the employment lawyer's job to represent plaintiffs who may have been injured in some way on the job. Likewise, they also defend the employers against these types of suits. Employment lawyers can also review employee contracts or work on employee benefits.