< Back To All Articles
Share
Tweet
Linkedin
73 Views
( 11 votes, average: 4.7 out of 5)
What do you think about this article? Rate it using the stars above and let us know what you think in the comments below.
06/02/06

Holland & Knight has announced salary increases across the board in its Florida offices effective June 1, 2006. This comes in the wake of the firm losing more than a dozen associates to competitors within the area. 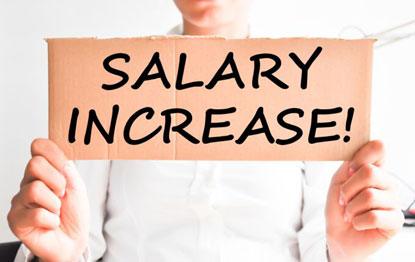 First-year associates' annual pay will increase from $90,000 to $105,000. This includes the current $5,000 study stipend. An $8,000 bonus is available to associates who bill 2,025 hours, as well as a performance-related discretionary bonus recommended by group leaders.

Besides the firm's Jacksonville, Miami, Orlando and Tampa offices, the firm is also increasing salary packages for its lawyers in San Francisco, Los Angeles, New York, DC and Atlanta.

Cochran Law Firm splits
The late Johnnie Cochran's Los Angeles-based law firm formally announced a split. Following the death of its founding partner, rumors of an impending split were kicked around for months.

Though Johnnie Cochran is famous for representing celebrities in criminal proceedings, he was reportedly most proud of his civil work. The Cochran Law Firm intends to honor his legacy with their civil practice, including products liability and personal injury matters. Imhoff and Associates plans to focus on criminal law.

Jack Lyon & Jones, PA, an 18-attorney commercial law firm in Arkansas, will be the newest U.S. member. The network now boasts more than 240 law and accounting firms in 95 countries.

Chinese law firms to broaden reach
Responding to a strong American and European investment in the Chinese legal market, Chinese law firms have gone on a hiring spree, appointing scores of lawyers and increasing their presence on the international stage.

The largest law firm in China, King & Wood, plans to hire more than 100 lawyers. This is seen as an attempt to meet the challenge set by U.S. and European rivals who have surged in the country. King & Wood has offices in Shanghai, Shenzhen, Chengdu, Guangzhou and its headquarters in Beijing, as well as strategic alliances with practices in Hong Kong, Tokyo and the Silicon Valley. The firm is also reportedly eyeing expansion into New York City.

As reported by Hildebrandt International, there are more U.S. and British law firms in China than in any other foreign country. This is owed in part to that fact that China's market for initial public offerings has more than tripled in value over the last year, surpassing the averages in the United States and Europe, according to Price Waterhouse Coopers.

COOL THREAD OF THE DAY

Think you've had bad job interviews? Log on to the Judged message boards and see how your experiences stack up with our worst ever law firm job interviews.

Weird Job Interviews pt. 2
THE_GARBAGE_MAN: here's a great interviewing moment: i told a partner i was "passionate about proofreading"

Dancer: "Even if it's a photocopy of an original I've already proofed!" (Okay, okay, now I'm ripping off a Dilbert strip.)

johndoe1: Garbage Man, are you serious about the proofreading line? Did the partner laugh at you?

THE_GARBAGE_MAN: he was impressed with my lie and i actually got the job. i learned the hard way that if you say whatever it takes to get the job, they may actually ask you to do the things you said you knew how to do in the interview!!!

Marlowe: My worst interview was in NY right out of lawschool. I was asked first, "was it difficult for you to practice in the South being a woman?" "What would you do if your client perjured themselves?" He paused a moment turned red and shouted "GO!!" Then I was taken in a room where there was a computer, a lexis password and files waiting. I was told I had one hour to draft a brief on an issue. I choked for an hour and came out with a paragraph. Then for the next 30 minutes they asked me for an oral argument on my brief. I was legally gang banged and I am so glad they didn't hire me.

MasterBlaster: that's pretty funny. i never had a weird job interview. but once i was extended an offer during the interview and i accepted. i was told to go home and they'd call me with details. a week went by and i got no call, so i followed up. i asked if i did in fact get the job and the guy who interviewed me said "where are you? are you here now??" the place was so disorganized they thought i had already started.

alighieri: My worst interview was in NY right out of law school. I was asked first, "was it difficult for you to practice in the South being a woman?" "What would you do if your client perjured themselves?" He paused a moment turned red and shouted "GO!!" Then I was taken in a room where there was a computer, a lexis password and files waiting. I was told I had one hour to draft a brief on an issue. I choked for an hour and came out with a paragraph. Then for the next 30 minutes they asked me for an oral argument on my brief. I was legally gang banged and I am so fucking glad they didn't hire me.

That is by far the worst interview I've ever heard. Don't you want to just go back there and beat the crap out of those guys? I do, and it wasn't even my interview. Was there any reason for the guy to get all juiced up and shout "GO!"? WTF?

During one interview at a big firm, the partners were discussing my resume. One of them asked me about a certificate I had in international law. It was a great question because it gave me a chance to open up a little and explain what I could bring to the firm. Before I got the first word out, one of the other partners at the table (there were 5) snidely remarked, "whatever THAT is." At that point, I couldn't wait to get out of there. There was no way I was going to work for those pricks. If they can't show just a little respect during an interview, you know they're going to shit all over you as an associate. The last thing I need to do is work for a 45-year-old child. So I gave nothing but really short, one-sentence answers the rest of the way, and I stared out the window. It still took them about three months to send me the rejection letter. I haven't interviewed at another big firm since, and I don't intend to.

LawCrossing is the best site assisting the legal community with all of its genuine efforts and resources.
Eric