< Back To All Articles
Share
Tweet
Linkedin
11 Views
( 2 votes, average: 3.7 out of 5)
What do you think about this article? Rate it using the stars above and let us know what you think in the comments below.
05/16/06 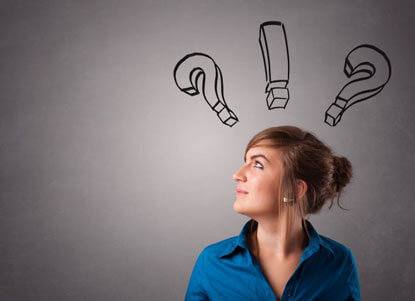 A predominance of respondents stated while documentation of immigrant workers is necessary for taxation, not enough immigrants are being taxed. Immigration attorneys also stressed the shortage of H-1B visas for highly skilled foreign workers. Other complaints about the current immigration system included its complexity.

Several respondents claimed that the stress and difficulty in immigration work had caused them to consider switching practice areas.

Norris McLaughlin & Marcus, serving the business community of the New Jersey and New York metropolitan area since 1953, has become the largest firm in Somerset County and one of the top 20 firms in the state.

in Miami
Am Law 100 firm Cozen O'Connor is opening an office in Miami. Seeing the growing needs of Florida market, the Philadelphia-based law firm with 23 existing offices, is eyeing expansion. Starting with three attorneys, the firm plans to grow the new office fast.

Cozen O'Connor has been serving business, insurance and private clients since 1968. The firm reported revenues of $220.5 million last year, an increase from 2005. The firm ranked 99 on this year's Am Law list.

New bankruptcy law disputed
A lawsuit filed in the U.S. District Court of Hartford by organizations representing thousands of attorneys claims that the new bankruptcy law puts legal restrictions on the advice lawyers can give and makes it more difficult for clients to navigate the bankruptcy system.

According to the lawsuit, the new regulations interfere with attorney-client relations and may even prevent commerce for attorneys. The Justice Department is reviewing the lawsuit. So far no ruling has been made and no hearings have been scheduled.

COOL THREAD OF THE DAY
Here is an oldie thread that recently found its way back up to the top of the list.

Which city in Texas is the best place to practice law?

Buffalo: Wondering what y'all's opinions are on the best city in Texas to practice law... balancing the economic climate, legal culture, competition among law firms and the quality of living in each city....

Fish_nuts: it would depend entirely on your personality. for somebody like me who likes to have fun, Austin.

wickedangel: Austin is a very cool place to live, but finding the market pretty tight!

Lothario: San Antonio is a great place to practice - cheap to live here, too! But the market is kind of tight. Austin would also be cool. Fewer fat people in Austin than in San Antonio, which is always a bonus, no?

dallasrecruit: I would first determine which area of law you are going to or are practicing. Dallas, Houston, Austin and San Antonio each have strengths. Also and equally important is what culture you would prefer to live in. There's quite a different between cost of living and culture of Dallas vs. Austin. The legal economic climate is strong overall in all major Texas cities, however certain practice areas are stronger and you would have more options depending on what area you chose.

kurdtkobain: Stay away from Corpus Christi. I think it's where the economy -- and Selena -- went to die.

metaphysic: Austin consistently ranks high on lists of best places to live, work, and play. Forbes, Men's Journal, Sperling's BestPlaces, and various other groups regularly publish lists of the best places to live based on a variety of factors. Austin typically ranks very well in both individual and overall categories

MeJD: The clear answer: None. Get out while you can.

JD_Jr: i'd have to agree. the ft. worth/dallas market is a boy's club.

ProBonoLifer: It's Texas. It's all a boy's club. It is like they haven't heard that women got the right to vote a long time ago.

I found a job through LawCrossing. You guys are doing a great job. I will use you guys again if I ever need to. Thanks.
Douglas A.