< Back To All Articles
Share
Tweet
Linkedin
43 Views
( 7 votes, average: 4.1 out of 5)
What do you think about this article? Rate it using the stars above and let us know what you think in the comments below.
05/09/06

Matthew Zinn has been promoted to the position of Senior Vice President, General Counsel, Secretary, and Chief Privacy Officer of TiVo, Inc. The promotion is a result of Zinn's success in leading the company's legal team, providing excellent counsel on its business plans and strategies, and being a key to defending the company's intellectual property rights. Prior to his joining TiVo, Zinn served as Senior Counsel, Broadband Law and Policy, for MediaOne Group, Inc. TiVo, the foremost provider of digital video recorders, offers consumers a superior television experience. 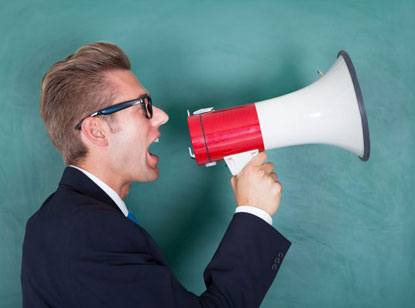 Ernst & Young presents Cochrane with board seat
Victoria Cochrane, General Counsel and Partner for Ernst & Young, has been appointed to its board. In the past 15 years, Cochrane has been responsible for the accounting firm's legal and risk management operations in the U.K. She has also led the defense against the £2.6-billion dispute with Equitable Life. With the new position, Cochrane will head the quality and risk-management functions of the company for both U.K. and international offices. The appointment is a part of Chairman Mark Otty's announcement of an eight-member leadership team.

UTA appoints new GC
Bruce T. Jones is the new General Counsel at The Utah Transit Authority's Board of Trustees. Jones replaces Kathryn H.S. Pett, who left last year, and offers more than 30 years of legal, accounting, and civic experience in finance, government relations, business transactions, and property law. He previously served as managing director at Suitter Axland and later as a partner with Ballard Spahr Andrews & Ingersoll. He was a former president of the Salt Lake County Bar Association and has chaired the Salt Lake County Planning Commission.

New GC at W&T Offshore
Thomas F. Getten has been appointed the General Counsel by W&T Offshore, Inc., effective July 1. A former partner with King, LeBlanc & Bland, Getten comes from a background of serving oil and gas industries. He has also worked as General Counsel for a publicly traded exploration and production company. W&T Offshore is an independent oil and natural gas company focused primarily in the Gulf of Mexico and holds working interests in more than 100 fields in federal and state waters.

Want to read more GCC News?
For past editions of our weekly news, click here.

I have used LawCrossing and had a wonderful experience. An excellent service!
Edward