How much are today's Teens aware of Financial matters

Share
Tweet
Linkedin
5 Views
( 3 votes, average: 3.8 out of 5)
What do you think about this article? Rate it using the stars above and let us know what you think in the comments below. 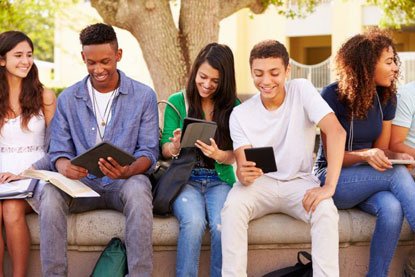 Though identify theft remains a huge problem — it touched more than 9 million Americans in 2005, according to Javelin Strategy and Research — teens know little about their rights. Indeed, 55.8% survey respondents said they would have no liability if their credit card was stolen and a thief ran up $1,000 in bogus charges. The truth, unfortunately, isn't as reassuring. Cardholders are responsible for the first $50 charged after the credit card issuer is notified. Only 15.1% of survey respondents knew that, however. That's down 3 percentage points from the last survey, conducted in 2004.

The name's bond. State bond.
Teens knew even less when it came to investing topics. Take bonds, for example. When asked whether the feds protect locally issued bonds against total loss, more than 70% said yes. That's kinda funny when you consider that the setting for the hit Fox TV show The O.C. — Orange County, California — was, in 1994, ground zero for the biggest municipal bond default in history. More than $1.6 billion in investment losses fell on residents' shoulders. And once again, this year's crop of seniors knew less than their peers did two years ago — 35.3% of 2004 graduates knew that the feds don't bail out munis.

Dude, what about Enron?
Finally, let's talk stocks. Or let's not. It sure seems that teens aren't. When asked what investment vehicle would offer the greatest growth over the 18 years available to save for a child's education, the vast majority — or 44.8% — said U.S. savings bonds. Only 14.2% correctly identified stocks, down (sigh) from 17.4% in the 2004 survey.

That pounding sound you hear is my head slamming against my desk. Savings bonds?!? Oy.

I'm not sure what the ratings are for the Enron trial, but are teens actually watching that sideshow? What else is there to explain the fear and loathing of stocks? Or is it really fear? Or loathing? Maybe it's nothing more than ignorance. Whatever it is, parents have to get in the habit of teaching their kids something about finance.

To his credit, new Fed chairman Ben Bernanke is squarely behind such an effort. He told an Associated Press reporter that "personal financial security requires the ability to understand and navigate the financial marketplace. For example, buying a home, saving for retirement or for children's education, or even effectively managing the family budget requires more financial sophistication than ever before."

Fool's School is always in session
Before I leave you, an admission: I lied. No, not about the survey results — they're still remarkably depressing. I wrote that there is no make-up course for financially troubled teens. That's not quite right. Thanks to our own Dayana Yochim, the Fool's School is a place where anyone can learn the basics of finance in about an hour. From there, it's up to you. Want to learn more about stocks? Great. Looking to manage debt? Help is on the way. Wondering about the top 10 signs your broker is ripping you off? We know what they are.

Finance is the ultimate pass/fail course. But unlike that killer 12th-grade biology final, this exam goes on for the rest of your life. And thanks to the Fool's School, it's an open-book test. So drop the excuses, don the belled cap, and tell your parents you've become a complete Fool. They'll be thrilled. Trust me.

Fool contributor Tim Beyers was a financially troubled teen who became a financially troubled adult. Till he became a Fool, that is. Tim didn't own shares in any of the companies mentioned in this story at the time of publication. You can find out what is in his portfolio by checking Tim's Fool profile. The Motley Fool has an ironclad disclosure policy.

LawCrossing is great because it lets me know exactly which firms are hiring.
Alfonso T.