Share
Tweet
Linkedin
571 Views
What do you think about this article? Rate it using the stars above and let us know what you think in the comments below.
It's there, in the nation's 16th largest city, that Cunningham keeps busy in the small firm which specializes in family and criminal law. Between doing her paralegal work, performing various management duties, and keeping the firm's books, this "Louisvillian" is a jack of all trades, and she wouldn't have it any other way. 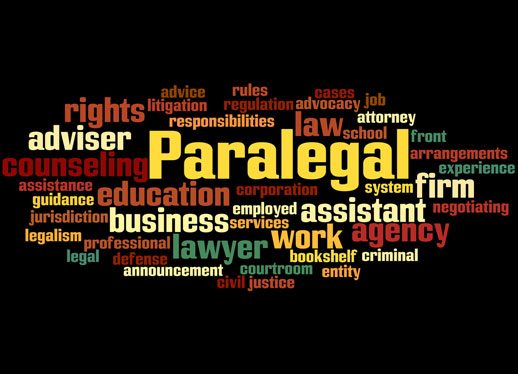 Cunningham first met Osterholt while she was working in the Public Defenders Office, and when Osterholt started her own firm and asked Cunningham to come aboard as a paralegal, she couldn't refuse. She's now been with Osterholt for 26 years and still enjoys it immensely.

"I like the area of law and the diversity of each case," she said. "I also like the ambiance of a small firm; it allows for more flexibility and doesn't seem to be as tense as the larger firms. The larger firms do offer more support staff and amenities, but I am used to this environment and like it."

In fact, it is the lack of a large support staff that allows Cunningham to be a part of many different aspects of the firm, and this is something she enjoys. Having various responsibilities in different areas gives her position a variety that makes the job more interesting.

"Probably because we do not have a large support staff, I sometimes feel the pressure of wearing several hats; but I still enjoy my several responsibilities in management as well as working on a large project," she said.

Cunningham, like most in the legal field, enjoys winning and says winning a case is always an emotional highlight for her.

Cunningham first became interested in law in college; and after graduating from the University of Dayton with a B.S., she worked in government for a short time.

"I found paralegal work to be challenging and interesting," she said. "I went to night school at the University of Louisville and obtained an A.A.S. in paralegal studies. I've always liked the work and the profession."

Since becoming a paralegal, Cunningham has been a founding member and the 1995 President of the Louisville Association of Paralegals, an organization she is proud to be a part of.

"The Louisville Association of Paralegals is an excellent local paralegal organization. We have been in existence since 1978 and have a highly developed network," she said. "Our newsletter, Para*graphs, is exemplary, as well as our seminars and luncheons. Our board, as well as our committee chairs, is very dedicated and always stands ready to assist our members in any way possible. We are also very civic minded in Louisville and take part in many community activities."

Cunningham's advice to budding paralegals is a reflection of her positive experience with the Louisville Association of Paralegals.

"My advice to students would be to get involved with their student paralegal association and also join the local paralegal association so they will have support when needed. Also, learn about all the different areas of the law where paralegals can work—corporate, government, and law firms. They are all so different," she said.

Cunningham values real-world education as much as traditional education and feels that the combination of both helped prepare her for the field of law.

"My education made me disciplined. It also heightened my ability to reason when preparing for a project. My life experiences taught me tolerance and patience, and I think both those qualities are important in the law business," she said.

When asked if she would have done anything differently during the course of her career, Cunningham said, "I would have probably gone on to finish law school, but I like my job and the responsibilities, as well as the wages."

Overall, Cunningham enjoys her position as a paralegal and the different challenges she faces daily, but she is also aware that times are changing and bringing new challenges. She feels that staying abreast of new developments in the field of technology is important for those working in the field of law, as well as all other fields.

"Technology is moving fast, and I think it is very important to keep up with the ever-changing technological advances happening today. Those who oppose the technological change within the world will ultimately be left behind and in the dark," she said.

The volume of job postings is very good.
Daniel

LawCrossing Fact #161: Our giant database and numerous staff members sift through many jobs and only bring you the ones that are available and relevant!