Share
Tweet
Linkedin
713 Views
What do you think about this article? Rate it using the stars above and let us know what you think in the comments below.
In recent months, national and regional survey results have shown paralegals to have uncommonly high levels of satisfaction with their careers. 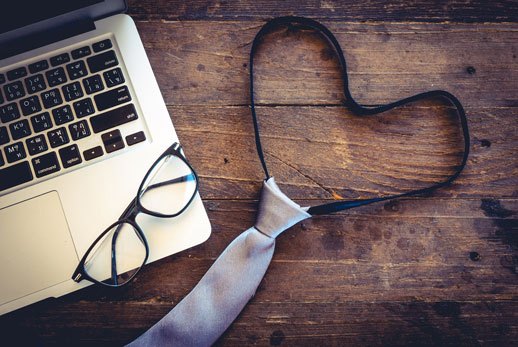 Although almost every paralegal can cite areas where improvement is needed, most say they are at least satisfied with most aspects of their jobs.

“If I feel that I'm not appreciated, my skills are not being used, or I'm paid too little for my job description, then I'll look elsewhere. However, depending on the options available in the area and the individual’s personal situation, not everyone has that opportunity.

The National Association of Legal Secretaries recently published the results of its April 2005 survey. In the report, it was noted that only 10 percent of respondents were dissatisfied with their jobs to the point of seeking other employment.

However, 65 percent felt their workload was either overwhelming or challenging; only 30 percent said they had a good balance of work and time.
In a regional study of Southern California paralegals, the Orange County Paralegal Association found that 64 percent of respondents reported that they were satisfied or extremely satisfied with their jobs. The areas where paralegals expressed the greatest percentages of dissatisfaction were client contact (20 percent), work-related stress (17 percent), and cooperative support staff (14 percent).

In terms of support staff, 35 percent reported having no administrative support; 62 percent had to share assistants with others.

However, in almost all surveys, paralegals said that the area where they desired most improvement was in being valued and appreciated by the attorneys they supported.

One respondent in the NALS survey said, “Attorneys are often abrupt, abrasive, and dismissive when dealing with secretaries.”

Another said, “I do not feel I am treated as a professional but rather as a workhorse.”

More than 50 percent of the respondents said attorneys were not considerate of paralegals’ time constraints when assigning work, but 88 percent said that attorneys were at least respectful in addressing them.

Although many paralegals continue to dispute the disparity between their salaries and those of entry-level associates, whose work they say is comparable to their own, only 5 percent of respondents said their compensation was not adequate. The remainder was satisfied or felt their pay was excellent.

In a survey conducted in September 2005 by Atlanta, GA, newspaper the Fulton County Daily Report, most respondents said they placed more emphasis on work challenges than on salary. Thirty-one percent of respondents said the challenges and constant room for self-education were what they loved most in their jobs, and only 13 percent said salary was the most important factor in job satisfaction.

However, in the Daily Report’s survey results, 23 percent of respondents were dissatisfied with their salaries; and 37 percent said that a low salary was a contributing factor in deciding to seek other employment.

“I'm currently doing paperwork that an entry-level attorney would be doing,” said one paralegal.

“However, my salary does not reflect that. You may say that I'm gaining vital experience, but I would also like being paid according to my duties.”

The National Association of Legal Assistants’ survey on compensation and salary was conducted in 2004. On average, the report stated, paralegals around the nation earned salaries of around $44,000, with the majority of responses ranging between $30,000 and $55,000. In comparable surveys of entry-level attorneys, respondents cited average salaries of around twice those amounts.

The respondents who reported the highest salaries were those with a postgraduate paralegal certificate, those working on the West Coast and in Hawaii and Alaska, those specializing in intellectual property and tax law, and those employed at firms with more than 100 attorneys.

The lowest incomes were reported by respondents in the plains states, those working with a sole practitioner, those specializing in social security and Native American/tribal law, and those with fewer than six years of experience as a working paralegal.

A large majority of respondents said that they participated in their companies’ retirement and profit-sharing plans and that their employers contributed on their behalf.

Most respondents said they were considered for a pay increase on an annual basis.

Another factor to consider, said Burris, is the assumption that paralegals for in-house counsel are paid more than paralegals in law firms.

“Law firm structures are very different from that of law departments in a corporation,” she said.

“They seem much more structured, and you're trying to obtain as many billable hours as you can to make money for the firm.”

However, even in this environment, Burris said, “Depending on the size of the corporation, your law department may not be a moneymaking department. Your duty is to protect the company the best you can with the budget that's been set.”

In addition to salaries that were not commensurate with job duties, paralegals often pointed to the lack of opportunities for advancement as a source of frustration. A full 25 percent of respondents said that lack of promotion prospects was what they disliked most about their jobs.

Some firms have created designations such as entry-level, mid-level, and senior paralegals to alleviate the negative effects of this issue. Still, many opt to leave the profession because of this ceiling on promotion opportunities.

Burris acknowledged the difficulty of finding opportunities for growth in the field.

“If there are many people and a hierarchy structure, then there would be more opportunity for advancement. If you are working in a very small firm or corporation with only a handful of support people, you may be stuck in that position until growth in the firm or corporation occurs.”

Fortunately, said Burris, her circumstances are different from those of many of her fellow paralegals.

“In my situation, positions have been created for me… My job description expands, and sometimes my job title changes as positions are created, with more responsibility and a higher salary. I have been fortunate that my employers have rewarded me for obtaining certification and additional schooling.

“However,” Burris noted, “I know some paralegals who have done the same and barely obtain any recognition for completing these tasks.”

What do you need to know if you are planning a move to the West Coast?

LawCrossing helped me learn what the current hiring trends are. The site is a good indicator of the legal market.
Steven S.